We’ll get you up and running in no time! The Cody’s Appliance Repair Garden City Team technicians undergo continuous training to ensure that they are current on all industry trends. Plus, we use the most cutting-edge technology to ensure that your appliance is repaired efficiently and quickly.

Repair is almost ALWAYS more cost-effective than buying new and it can add years to the life of the machine.  That keeps more money in your wallet and less waste in the Valley’s landfill. If your appliance is under manufacturer warranty, call us first! We’re factory-authorized to service many of the top appliance brands. Call us for in-warranty or out-of-warranty service. Fast. Easy. Simple. We service most major brands, including:

We Love the Treasure Valley!!

To repair or to replace, that is the question! By choosing to repair your appliances you are reducing the waste going into the Valley’s landfill and keeping some green in your wallet! Reduce your carbon footprint by extending the life of your appliances! For more ideas about how to reduce your footprint, see our blog about “Going Green and Your Appliances.” 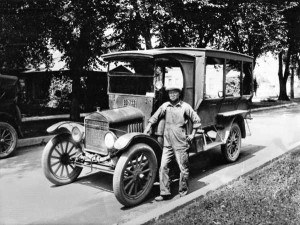 Garden City is a small city spanning a total area of 4.17 square miles and inhabiting around 11,000 people. The town’s name, Garden City, commemorates the many gardens in the area cultivated by Chinese pioneers. These gardens were possible due to the region’s rich soil, steady water supply and Chinese immigrants. In January of 2010, The Garden City Council honored Andy Louie, a fourth generation Idaho native, for his family’s contribution to the establishment of the city and its history. According to records, Andy Louie’s ancestors originally immigrated to Idaho during the gold rush—his relatives are among the first pioneers of the region. When the region’s gold supply started to dwindle, the Chinese immigrants turned to what they knew best, agriculture. Louie Ah Su, great grandfather of Andy Louie, started a small garden. Ah Su returned to China in 1920, but sent his son Do Gee back to Idaho to maintain the garden. Gee, along with his sons William and Tong, operated the garden until 1946. The Gee’s were forced to give up their land when the city incorporated in 1946, but Tong remained in Garden City where he operated a restaurant. To date, the beautiful gardens along the Nampa Interurban Railway are a rich reminder of the contribution that the Chinese immigrants made to Garden City’s history. Garden City’s main street, Chinden Blvd, is a portmanteau of the words “China” and “Garden.’