Menu
What Shouldn’t Go in a Garbage Disposal?

What Shouldn’t Go in a Garbage Disposal?

Most of the time, we think nothing of putting food down the garbage disposal, whatever it may be. We flip the switch on, run the water, and don’t give it a second thought. Some foods can do serious harm though, which is why it’s important to learn what shouldn’t go in a garbage disposal. Treating your disposer with care is the best way to avoid having it repaired or replaced when it breaks down.

Here’s What Shouldn’t Go in a Garbage Disposal

It’s not hard to take care of your garbage disposal and keep it from malfunctioning or becoming clogged.  You just need to keep in mind our list of what not to put in a garbage disposal.

Starchy Foods Are an Enemy

Starchy foods are sticky and gooey, and they don’t chop up easily or rinse away nicely. The last thing you need to deal with is cleaning sticky residue or clogs from your disposal, or worse, your kitchen plumbing. Some of the most important starchy foods that should be avoided when using your garbage disposal include:

When it comes to what shouldn’t go in a garbage disposal, these are just a few of the starchy items to be avoided. Use your best instincts to judge what can go down the drain, and send the rest of your starchy foods to the trash or the compost. 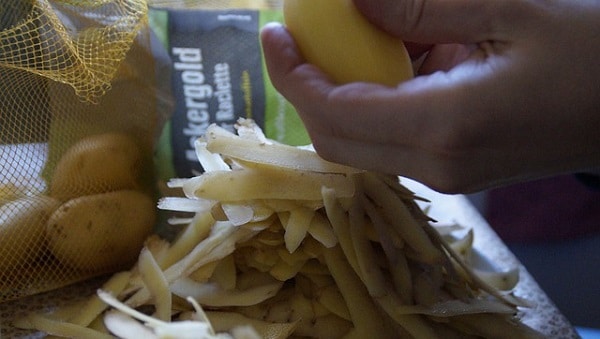 Fat Is an Even Bigger Enemy

Fat and oil flow so nicely when it’s hot, but don’t be deceived: they’re terrible for your garbage disposal and pipes. Many people think nothing of pouring all the fat from a frying pan down the drain. The second that fat touches cool water, or even touches a part of the pipe that is cool, it hardens. It might take a little while for enough fat to build up inside a pipe to clog it, but it will happen if you send fat down the drain often. Do yourself a favor and find a safer way to dispose of items like:

If you do end up using your disposer for meats or other foods with significant fat content, avoid using hot water. It may make removing grease from dishes easier, but once it cools, it can clog your disposal and drain pipes.

Use for Food Items Only

Garbage disposals are powerful and seem like they can chop anything to bits, but that’s not the case. You shouldn’t try to grind up large chunks of food, and never dispose of non-food items down the drain. Even if you’ve spent a lifetime sending these down the drain, they build up over time and cause serious damage:

Some of these items can be used for composting, but others will need to be thrown out with your garbage to prevent costly repairs. 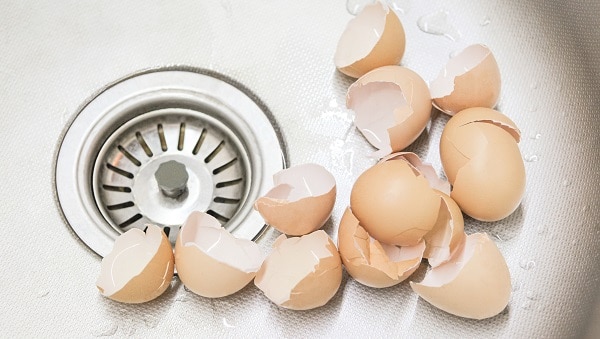 Don’t try to get rid of all the leftovers at once. Just put a little bit of food down the disposal at a time, and flush it with plenty of water. Most of your food waste should be going to the trash or to compost, especially on holidays where we make tons of food and inevitably have lots of scraps to dispose of.

Remember: your garbage disposal is made of very sharp blades that grind up food so it won’t clog up your pipes. It’s not a magic wand that makes fatty or starchy food scraps vanish. Everything you send down the garbage disposal will also have to go through the pipes, just in smaller pieces. Be kind to your garbage disposal and you won’t be calling a repairman in a panic when it stops working.

If you do find yourself with a broken disposal, contact Cody’s Appliance Repair for help. All of our garbage disposal repair service technicians carry garbage disposal replacements in their trucks, so we can fix non-plumbing related problems right away. 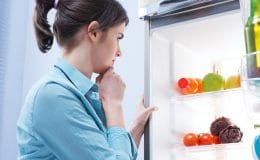 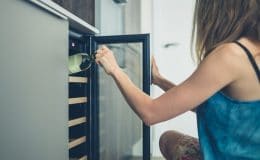 What Is a Wine Fridge? The Appliance You Didn’t Know You Needed. 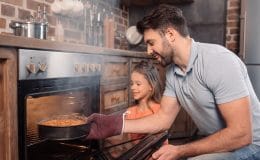 Steam Oven Pros and Cons: Are Steam Ovens Worth It?